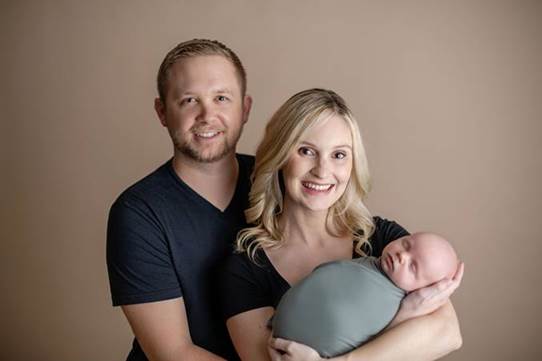 Usually, this article would be about technology or the solutions and services we provide. However, instead of that, we would like to take this time to shine a spotlight on one of our employees, our new Sales Manager Adam Szember. In order to do that, however, we need to start at the beginning.

How Adam ended up at ITG is a rather interesting story in and of itself, but to tell it properly, we have to start with him fresh out of college. Adam graduate with a Major in Biology (a degree he claims he is putting to good use with his current field of work), and like most science majors, he ended up working in a lab right out of school. However, he quickly found out that spending 40 hours a week staring into a microscope was not for him. So Adam went looking for a different kind of career. One Facebook post later, he ended up in sales for a copier business, spending the next five years in the industry. Eventually, Adam moved out of Seattle to Arizona and found himself working with our CIO, Mark Lasinis, who helped him get his foot in the door at ITG. One lunch with Christy later, and he quit his job the next day to come work with us.

Now Adam has been a part of the ITG family for two years, starting as a Major Account Executive before being promoted to Sales Manager. The transition to the new role has been smooth for Adam. For many of the newer reps, he was already in a guidance role before the promotion. Combine that with his experience working with our Director of Sales, Christy Gallegos, and he was a perfect fit for the position.

However, Adams's new roles in life don't just end with his promotion. Last December (around the time of his promotion), Adam and his wife of 14 years had their first son! As Dan, our Solutions Architect said, "The boy became a man and man-ager in the same week!" It has been a lot for Adam to get used to in a short period, especially for the first few days of being a father. His newborn son spent three days in the neonatal intensive care unit (UNIC). Luckily that just so happens to be the unit his wife works in, letting her be there to take care of their son. Now a few months into parenthood, both Adam and his wife are both learning to enjoy it and how to deal with how her profession can make worrying over a baby more stressful than it should be at times.

With that, you pretty much know everything you need to about Adam. The only thing left is the fun fact he can ride a unicycle! In fact, when his wife first came over to meet his family, as his then high school sweetheart, he was riding one outside. His father thought it was hilarious, but seeing how things went for them, he must have been doing something right. At the very least, as Adam put it "If sales doesn't work out, I have a promising circus career as an alternative."

ITG couldn't be happier to have Adam in our family and couldn't be prouder of his start into parenthood. We look forward to seeing him shine in his new role as Sales Manager and as Father. The future is shining bright for Adam, and we look forward to working with him for many more years to come!