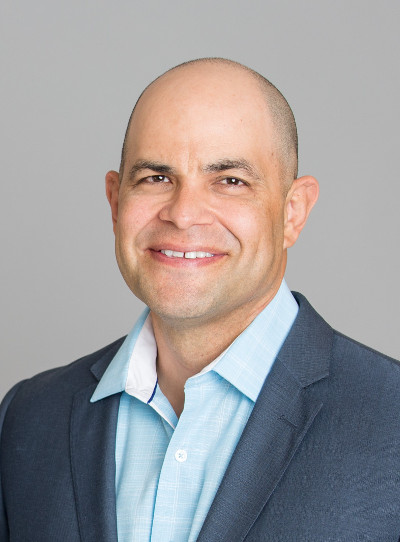 Rudy is the CEO of Imagine Technology Group. Prior to joining Imagine, Rudy was a trial attorney at a multi-state regional law firm and spent several of those years as the firm's Managing Shareholder. For over 20 years, he handled complex business disputes, including helping businesses protect and defend their irreplaceable confidential business information – whether from internal forces or external threats such as cyber-security breaches. During his time as Managing Shareholder, Rudy's firm expanded into different geographical markets and developed new and innovative business models to better serve its clients both domestically and internationally.

Rudy's legal experience provides him with a unique perspective regarding the critical importance of deploying effective technology in business. Rudy excels at clearing away obstacles and developing creative business solutions. Technology in business will continue to evolve at a staggering speed, and ITG looks forward to the opportunity to become a trusted business partner with your organization.

Rudy is frequently acknowledged for his community leadership. He actively supports many nonprofit organizations, including serving on the Board of Directors for the Maricopa Community Colleges Foundation as well as past Chair of the Board. He also serves on the Executive Board for Gridiron Greats Foundation. He has also served as past Chair for Chicanos Por La Causa, and a past member of the Board of Directors for Friends of Public Radio Arizona.

Rudy has been recognized for his professional accomplishments, including numerous peer-reviewed legal directories. He is recognized as an AV Preeminent® lawyer by Martindale-Hubbell®; has been featured prominently in Southwest Super Lawyers®, including on the "Top 50 Super Lawyers List" in Arizona in 2016 and in the special Super Lawyers Corporate Counsel and Business editions. Rudy is also named in the 2009-2018 editions of Best Lawyers in America®, including in the Business edition. He was also named to the inaugural group of Arizona's Finest Lawyers.

Rudy also has been recognized numerous times by AzBusiness Magazine and has been listed among the Top 100 Lawyers in Arizona and featured in the Managing Partners section; in 2014, Rudy was highlighted in the inaugural issue of AzBusiness Leaders and has been listed multiple times since then; and in 2013, he was named one of the 25 Most Influential Hispanic Business Leaders. In 2012, the Phoenix Business Journal named Rudy to their list of Most Admired CEOs and Top Level Executives. Rudy was also recognized as a legal visionary in the book Legal Visionaries by David Galbenski (2013).

Rudy holds a Bachelor of Arts degree in Anthropology and Political Science from Amherst College. He also holds a J.D. degree from the University of New Mexico School of Law.